Locally produced film proves to be the favorite with attendees of the festival.

CHICAGO, IL – May 28, 2014 — “Animals,” a locally shot drama about two junkies living out of their car near Lincoln Park Zoo, is the winner of the Chicago Critics Film Festival Audience Choice award. Attendees of the week-long festival were given ballots before each screening in order to present their opinions of the programming choices. “Animals” beat out some heavy competition, as two-thirds of the showcased titles scored 4.25 or higher on a 5-point scale. The film was the closing night presentation of the program, with director Collin Schiffli and star/screenwriter David Dastmalchian taking part in an audience discussion after the screening. The Chicago Critics Film Festival Audience Choice award adds yet another accolade to the film, which also received Special Jury Recognition for Courage in Storytelling when it had its world premiere earlier this year at SXSW.

Created by the Chicago Film Critics Association in 2013 and held this year at Chicago’s historic Music Box Theatre, the Chicago Critics Film Festival offers a selection of films comprised of recent festival favorites and as-yet-undistributed works from a wide variety of filmmakers, ranging from award winners to talented newcomers. All titles were chosen by members of the organization, making this event the only current example of a major film critics group hosting and curating its own festival. 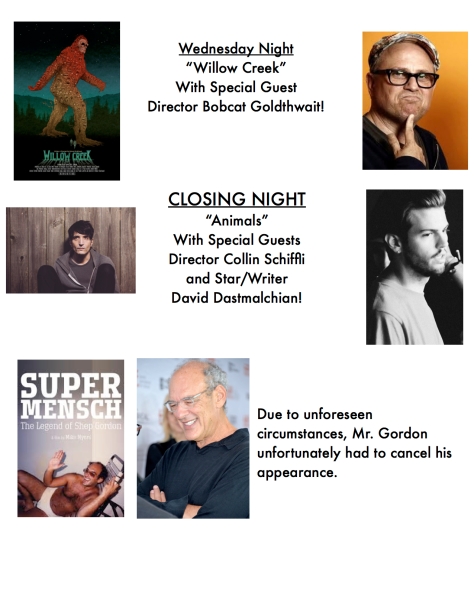