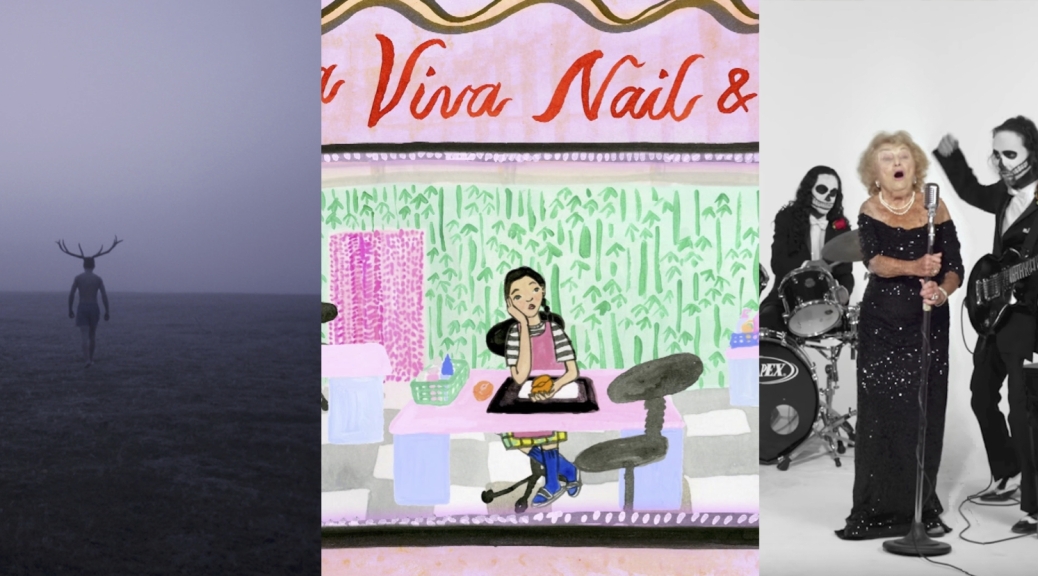 Death Metal Grandma – 97 year old Holocaust Survivor, Inge Ginsberg, rose to fame as a songwriter for legendary musicians such as Doris Day, Dean Martin and Nat King Cole. DEATH METAL GRANDMA follows Inge Ginsberg’s journey to break out as a performer of death metal music and as she prepares for an America’s Got Talent Audition. The short documentary interweaves the rich personal history of Inge’s life as she attempts to merge her personal lyrics with the contemporary genre of Death Metal. Directed by Leah Galant. (13 min.)

The Things You Think I’m Thinking – A black male burn survivor and amputee goes on a date with a regularly abled man. After the bar, they go back to his apartment, where he faces his demons as he attempts to experience intimacy for the first time since his accident, ten years ago. Directed by Sherren Lee. (14 min.)

Deer Boy – A story about a hunter’s son, who was born with antlers, and about how each man kills the thing he loves. Directed by Katarzyna Gondek.

Agua Viva – A Chinese manicurist in Miami attempts to describe feelings she doesn’t have the words for. Winner of the Grand Jury Award for Best Animated film at the 2018 SXSW Film Festival. Directed by Alexa Lim Haas. (7 min.)

Blue Christmas – On Christmas Eve, 1968, in a Scottish coastal town, a debt collector goes to work to avoid confronting his wife’s worsening psychosis at home. Directed by Charlotte Wells. (15 min.)

Symphony of A Sad Sea – Hugo, a Mexican boy and victim of the violence in his country, flees from his town with the dream of crossing to the USA to meet his father, who is the only relative that he has and to try to forget the past. Directed by Carlos Morales. (13 min.)
We Forgot to Break Up – After a few years absence, Evan unexpectedly returns one night to face his now-famous former bandmates. The surprise reunion is bittersweet, in this intimate depiction of the knotty complexities of relating to old friends after everything has changed.  Directed by Chandler Levack. (15 min.) 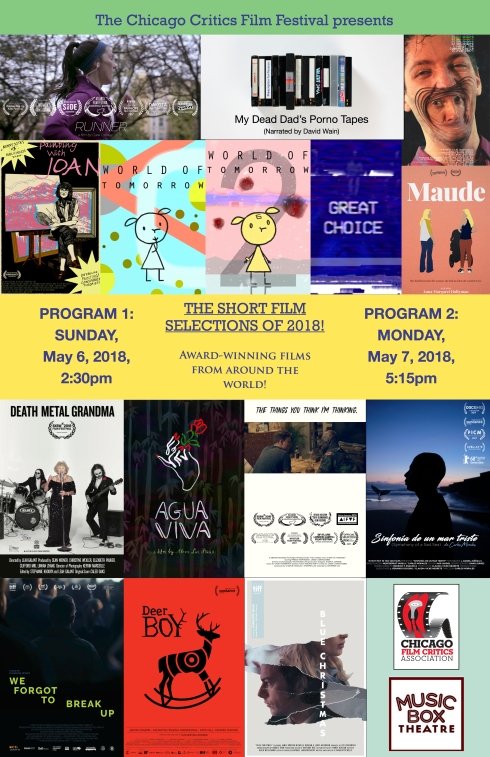