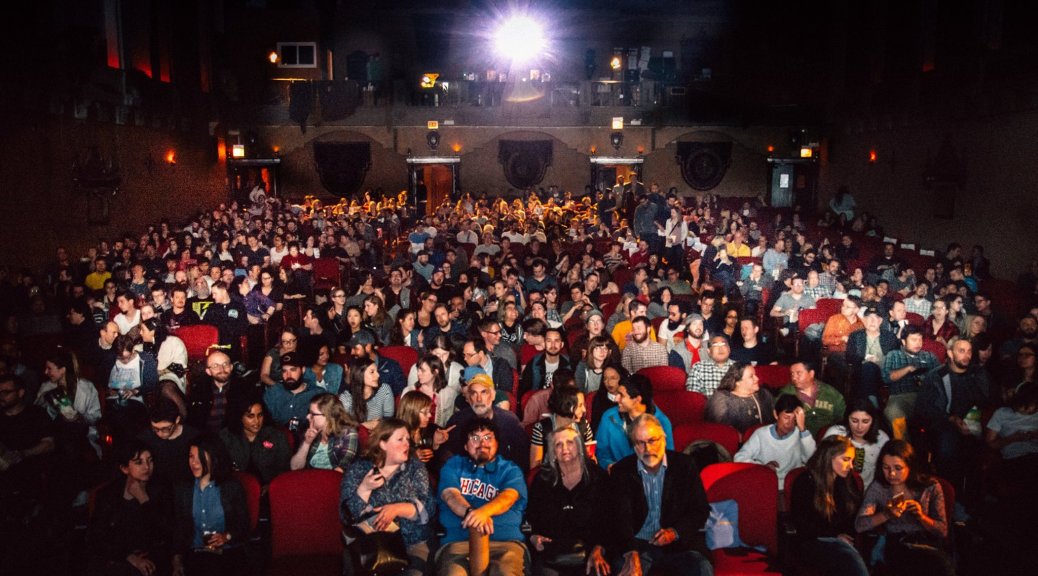 The Chicago Film Critics Association (CFCA), the Chicago-area print, online and broadcast critics group that celebrates the art of film and film criticism, announces the first seven films selected for this year’s Chicago Critics Film Festival. Passes are now on sale for the event, May 4-10, 2018 at Chicago’s historic Music Box Theatre; more information on the first selected films, plus festival passes, is available here.

Each of the first seven films announced for the 6th annual event are Chicago premieres, giving audiences the opportunity to see the hottest unreleased titles on the festival circuit weeks or even months before their theatrical debuts. This first group of selections impressed the CFCA programming committee from festivals around the world, including Sundance, Toronto, Venice and more. Combined, they present the best in new independent cinema and the first glimpse of another powerhouse film festival slate.

Additional films, special events, attending filmmakers and guests will be announced in the coming weeks; the best way to ensure access to every aspect of the week-long event is to secure a festival pass, just $150 and available online here. The Chicago Critics Film Festival and the CFCA gratefully acknowledge the support of festival sponsors, including Abt, the Chicago-based electronics and appliances store, returning this year.

Runner-up for Best Film Festival in the Chicago Reader’s 2017 “Best of Chicago” poll, the CCFF annually features a selection of acclaimed films chosen by members of the organization, a combination of recent festival favorites and as-yet-undistributed works from a variety of filmmakers, from established Oscar winners to talented newcomers. It is the only current example of a major film critics group that hosts its own festival. Follow the CFCA and the festival on Twitter at @chicagocritics and on Facebook here.

Official Selection – Sundance Film Festival The unbelievable but mostly true story of four young men who mistake their lives for a movie and attempt one of the most audacious art heists in US history.

Official Selection – Venice Film Festival A former military chaplain (Ethan Hawke) is wracked by grief over the death of his son. Mary is a member of his church whose husband, a radical environmentalist, commits suicide, setting the plot in motion.

The twisting, turning, stranger-than-fiction true story of the Brobergs, a naive, church-going Idaho family that fell under the spell of a sociopathic neighbor with designs on their twelve-year-old daughter.

Never take your mistress on an annual guys’ getaway, especially one devoted to hunting – a violent lesson for three wealthy married men.

About the Chicago Film Critics Association

The Chicago Film Critics Association supports and celebrates quality filmmaking that has something to say about our world, our lives, and our society. In the past, while the CFCA’s priority was to support and fight for the continued role of film critics in the media, the CFCA’s public interaction was limited to the announcement of its annual film awards. In recent years, the CFCA has expanded its presence on the Chicago arts scene, promoting critical thinking about cinema to a wider base through several initiatives, including the re-launch of a late-winter film awards ceremony; CFCA-hosted film screenings throughout Chicagoland; and a Young People’s Film Criticism Workshop at Facets Multimedia. The annual Chicago Critics Film Festival further builds on the organization’s goal to be an active part of the Chicago film landscape.

About the Music Box Theatre

For more than 30 years, the Music Box Theatre has been the premier venue in Chicago for independent and foreign films, festivals and some of the greatest cinematic events in Chicago. It currently has the largest cinema space operated full-time in the city. The Music Box Theatre is independently owned & operated by the Southport Music Box Corporation. SMBC, through its Music Box Films division, also distributes foreign and independent films in the theatrical, DVD and television markets throughout the United States. For more information, please visit www.musicboxtheatre.com