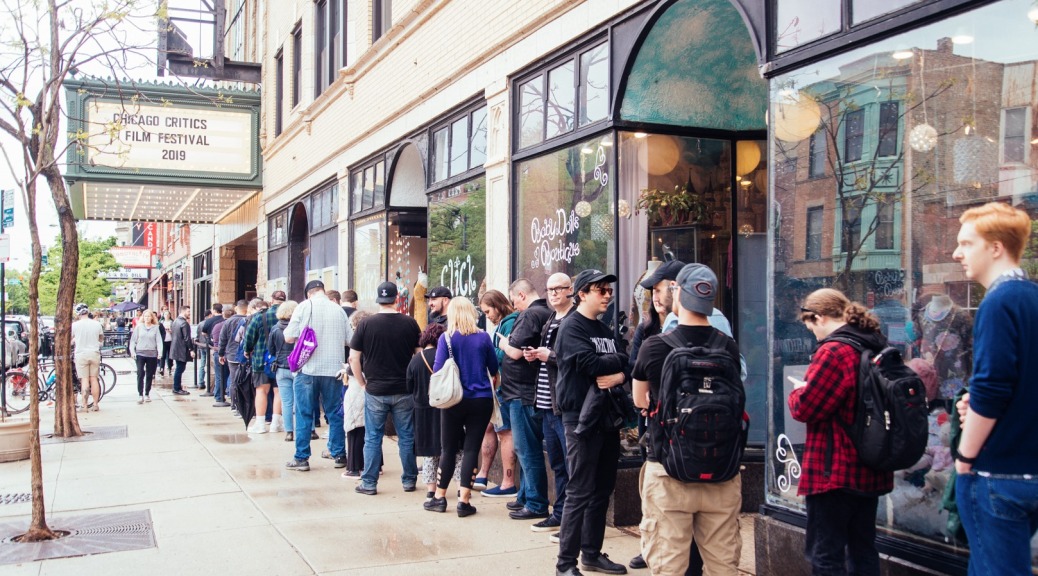 Chicago, IL — The Chicago Film Critics Association (CFCA) today announces that the upcoming Chicago Critics Film Festival (scheduled for May 1-7 at Music Box Theatre) is postponed until further notice, in response to the developing public health concerns around COVID-19 and its impact on presenting a safe, enjoyable experience for attendees, guests and organizers.

Following the announcements by Governor Pritzker, Mayor Lightfoot and other government leadership on Thursday evening that included recommendations on significantly limiting community events, festival organizers acknowledge that hosting a week-long gathering in the midst of a developing situation such as this is not in the best interest of those involved or those who would attend. Film Festivals take months of preparation and planning, and while the major concerns around the novel coronavirus may have subsided by early May, organizers announce today’s decision out of an abundance of caution, a phrase widely used recently but nevertheless entirely accurate.

At this time, CFCA leadership are evaluating the best course forward and no determination has been made regarding whether the Chicago Critics Film Festival will take place later in the year, if at all. Instead, like all of us, organizers are monitoring the situation closely and adjusting plans on a near-daily basis in order to balance both their desire to present the best event possible and the very real public health concerns around COVID-19. The team will provide ongoing updates to festival plans as they have them in the coming weeks.

For the latest news and updates on the CFCA and the Critics Film Festival, follow the organization on social media at the following links:

About the Chicago Film Critics Association

A 501(c)3 non-profit organization, the Chicago Film Critics Association (CFCA) was founded in 1990 to support and celebrate quality filmmaking that has something to say about our world, our lives, and our society. Membership includes Chicago-based journalists, broadcasters, critics and media personalities who actively work in the area of film across a wide variety of local, regional and national outlets. The annual Chicago Critics Film Festival presents a selection of recent festival favorites and as-yet-undistributed works from established voices and talented newcomers alike, curated by the CFCA membership. Every December, the CFCA votes on and announces their selections for best films of the year, contributing to the annual national discourse on cinema. Learn more at www.chicagofilmcritics.org.